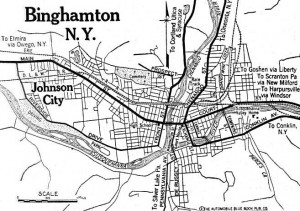 END_OF_DOCUMENT_TOKEN_TO_BE_REPLACED

Among the constitutional protections afforded to Americans by the bill of rights is the Fourth Amendment prohibition against unreasonable searches and seizures. Of course, under the fourth amendment, police officers are not permitted to arrest or search a person without a warrant or probable cause. There are, however, a number of exceptions to this general rule, one of which is the use of properly conducted sobriety checkpoint to stop motorists who otherwise do not exhibit any suspicious behavior. Although “a roadblock or checkpoint stop is a seizure within the meaning of the Fourth Amendment,” People v. Scott, 63 NY2d 518, 524 [1984], individualized suspicion is not required to stop an automobile passing through a checkpoint which is “carried out pursuant to a plan embodying explicit, neutral limitations on the conduct of individual officers.” Brown v. Texas, 443 US 47, 51 [1979]).

In 1990, the US Supreme Court decided the case of Michigan Dept. of State Police v. Sitz 496 US 444 (1990), which examined the constitutionality of a police checkpoint that operated for 75 minutes, stopped 126 vehicles and only arrested one motorist for drunken driving. The court in that case established a balancing test, derived in part from Brown v. Texas, to analyze the constitutionality of such checkpoints: the court considered (1) the state's interest in preventing drunken driving; (2) the extent to which the program could be reasonably said to advance that interest, and (3) the degree of intrusion on motorists. Due to the fact that states have a significant interest in preventing drunk driving to promote public safety, sobriety checkpoints are generally held to be constitutional so long as they are conducted according to a reasonable, predetermined plan of stopping vehicles (eg stopping every vehicle; every other vehicle; every 5th, etc). A checkpoint is not constitutionally permissible if it leaves discretion in the hands of individual officers to pick and choose which cars are stopped in the absence of some other indication of probable cause that the driver is drunk.

In a recent New York case, People v. Castimer (2008NY074229; decided November 10, 2009; Published in the New York Law Journal 11/16/2009), Manhattan police officers had set up a sobriety checkpoint on East 61st Street between First and Second Avenues, near the approach to the Queensboro Bridge on Saturday, October 4, 2008. “The checkpoint, meant to detect and deter intoxicated drivers, was mounted as part of Operation Cold Sober, an initiative of the Chief of Patrol of the New York City Police Department. In order to create the checkpoint, police parked patrol cars and arranged orange traffic cones along the roadway, ultimately causing all traffic to narrow into a single lane. Approaching vehicles were alerted to the existence of the roadblock by flares and flashing turret lights.” (Castimer)

END_OF_DOCUMENT_TOKEN_TO_BE_REPLACED

On November 18, 2009, the New York State Legislature announced the passage of Leandra’s Law. Hailed as the toughest DWI law in the nation, the legislation is designed to enhance penalties for those found guilty of drunken driving with a child passenger in the vehicle and require the installation of ignition interlock devices for all DWI criminal offenders. The bill was passed in rapid response to the October 2009 death of 11-year-old Leandra Rosado, who died in a car accident while riding as a passenger in a vehicle driven by 31-year-old Carmen Huertas. Ms. Huertas was subsequently charged with DWI and vehicular manslaughter.

Section 15 of the new law states that Leandra’s Law will take effect on December 18, 2009 (with certain exceptions noted below):