END_OF_DOCUMENT_TOKEN_TO_BE_REPLACED

Every year thousands of people get arrested in New York for crimes and offenses relating to their driving licenses or driving privileges. One of the most common of these offenses is Aggravated Unlicensed Operation of a Motor Vehicle in the Third Degree under VTL (Vehicle and Traffic Law) Section 511(1)(a). Sometimes the police will arrest their suspect and force him to spend a night in jail, but sometimes the suspect is fortunate enough to receive a Desk Appearance Ticket requiring him to show up for his arraignment on another date.

The text of the statute is as follows:

END_OF_DOCUMENT_TOKEN_TO_BE_REPLACED

In this blawg, our criminal lawyers explain DWI charges, DWI penalties and DWI consequences. Being accused of driving under the influence of alcohol, marijuana, or any controlled substance in New York is not a matter to be taken lightly. A conviction for any DWI-related offense can have serious consequences, such as incurring a permanent criminal record, driver’s license suspension and/or revocation, payment of hefty fines, enrollment in counseling programs, requirement of the use of an ignition interlock mechanism, vehicle forfeiture, and/or incarceration. In fact, merely being charged with a DWI-related offense can impose a hardship upon a person before he/she is even convicted, as certain Vehicle and Traffic Law (“VTL”) provisions provide for immediate suspension of driver’s licenses which can disrupt a working person’s life. This post will explain the most commonly used DWI charges and the penalties associated with them so that you know what to expect if you or someone you know are in the position of facing a prosecution for DWI.

The basic component or “elements” of alcohol and drug related driving offenses are the following: (a) operation of a motor vehicle or vessel, (b) on a public highway or the waters of the State, (c) while in an impaired or intoxicated condition at the time of such operation, (d) due to the voluntary consumption of alcohol or drugs.

You might be surprised to learn that a person is deemed to “operate” a motor vehicle if he/she is behind the wheel while the engine is running. As such, there is no requirement that the person charged be observed “driving” the vehicle in the traditional sense that the vehicle be observed in motion. The law is clear that “operation” of a motor vehicle is established where there is a “present intention” of placing the vehicle in operation. Courts have found that people who are asleep at the wheel of a parked car with a key in the ignition and the engine running “operated” a vehicle for purposes of a DWI charge. In fact, courts have upheld convictions where drivers were asleep or unconscious at the wheel of vehicles which were parked in their own driveways as they were deemed to have operated a vehicle on a “public highway” – public highway including highways, private roads open to motor vehicle traffic, parking lots, and even driveways to residences.

END_OF_DOCUMENT_TOKEN_TO_BE_REPLACED 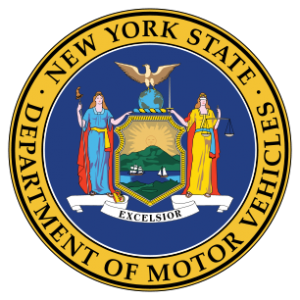 New York motorists can have their driver’s licenses suspended for a variety of reasons, including unpaid parking or traffic tickets, conviction for a controlled substance offense, unpaid child support, or other reasons. What many fail to realize is that once a person is “on notice” of the suspension, it is a misdemeanor to drive a vehicle which can result a sentence of jail, probation, a fine, and a criminal record.

The statute reads, in pertinent part, as follows: