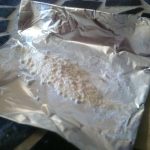 As former prosecutors who now practice criminal defense, we have collectively dealt with hundreds upon hundreds of drug cases over the years. Throughout these years each of us has seen people from all backgrounds and professions walk through the courtroom doors to face drug charges. Whether the person is arrested and “put through the system,” or issued a desk appearance ticket (“D.A.T.”) to return to court on a later date, the experience can be a harrowing one and the consequences can be embarrassing and even devastating to one’s career and/or family life. The silver lining is that there are things that a lawyer can do to dampen the blow of a drug arrest and minimize the detrimental consequences it may have on your life, both personal and professional. This blog deals with cases involving small amounts of cocaine (other posts deal with more serious felony and weight charges) but it is important to remember that no matter how small the amount of any drug, so long as there is enough of the substance for the NYPD to test, a charge for drug possession will stick. What may appear to you to be residue may still be enough for law enforcement to pin a misdemeanor on you. In any event, you should contact a criminal defense attorney who handles such cases immediately.

First, a look at the applicable statue for misdemeanor drug possession – if you have been issued a D.A.T. for simple drug possession, this is most likely the charge that you face:

S 220.03 Criminal possession of a controlled substance in the seventh degree.

the seventh degree when he knowingly and unlawfully possesses a

Being a class “A” misdemeanor, punishable by up to 1 year in jail, it is imperative to contact a lawyer immediately and to show up on your scheduled court date, otherwise a warrant will be issued for your arrest. As you can see, the penalties for even a small amount of cocaine can be severe…

The element of “possession” will be obviously very easy to prove if a police officer or undercover officer observes a person holding the substance, and in New York City we deal with these cases all the time. Often police observe individuals in cars or walking down the street sniffing cocaine out of tin foil – this will provide immediate cause to stop and detain the person – and usually leave the police with a very strong case. Other times undercover officers in bars will witness people in bathrooms sharing a quantity of cocaine and arrest every person who touches the substance. In cases where someone throws to the ground or abandons a quantity of cocaine, detectives or police will still be able to establish a charge of drug possession once they recover the item and it is confirmed to contain a controlled substance. Finally, if the police make certain observations that give them a reason to suspect that you have drugs in your pocket or in a bag you are holding, they may stop you and retrieve that substance (for instance, where they observe you buy from another individual moments before).

After you are arrested or issued a D.A.T., any substance recovered from you or an area you are observed throwing it to will be tested by the NYPD laboratory to confirm what it is, and so long as enough of the substance exists to confirm that it is in fact cocaine, you will be charged. If they have reason to believe there might be enough of the drug to sustain a felony charge, the police will also weigh the substance. If it is at least 500 milligrams, you will be charged with a number of felony drug possession charges, where the stakes are much higher.

While there are ways to fight a drug possession case (challenging the reasons the police stopped and searched you) the primary goal if you are issued a desk appearance ticket or arrested for misdemeanor drug possession is to avoid the imposition of a permanent criminal record. Over the years we have assisted professionals, lawyers, businessman – people of all walks of life – in avoiding the detriment of incurring a criminal record. There are things that we can do to help, so it is imperative to contact an experienced criminal lawyer who can guide you through the process and help you achieve the best possible result.