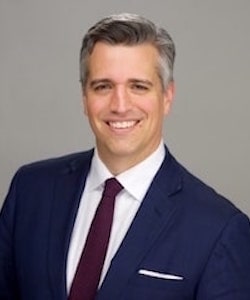 Matthew Galluzzo is an intelligent and accomplished litigator who cares deeply about his clients. He concentrates his practice primarily in the areas of criminal defense, appeals, and civil rights. He has experience representing high-profile clients in high-stakes matters, and his tenacious and skillful advocacy routinely yields outstanding results for his clients. He has also helped countless professionals, foreign nationals, and promising students navigate the criminal justice system for the first time, and does so with patience, determination, empathy, and skill. As a result, his clients often rave about him and routinely refer their friends and loved ones to him. Foreign governments have even recognized him for his expertise and dedication to his clients, including, among others: South Africa (who hired him in 2012 to travel to Cape Town and Pretoria to train their law enforcement officers), France (Mr. Galluzzo serves as the Avocat-Conseil en Droit Pénal at the Consulate General of France in New York), and Saudi Arabia (he is the go-to criminal defense attorney for the Saudi consulate covering the northeastern United States). Call him or email him to set up a consultation and you will get an honest assessment of your case and a fair quote for his services. You can also read about some of his high-profile and impressive trial acquittals here (rape), here (sexual abuse), and here (sexual abuse).

Matthew primarily handles legal matters pertaining to criminal defense, appeals, and civil rights. With experience securing favorable outcomes under high-stake situations, he has the ability to provide clients with aggressive representation and effective counsel. In fact, many of Matthew’s clients come from family or friend referrals. Named in the Top 100 Trial Lawyers by The National Trial Lawyers Association and a recipient of a 10.0 Superb Rating on Avvo, Matthew has become recognized and respected for his ability to successfully defend clients in and out of the courtroom.

Mr. Galluzzo has represented clients in homicide investigations, exceptionally difficult rape and sexual assault investigations, hotly-contested federal civil rights lawsuits involving claims of police brutality, complex conspiracies involving financial fraud, high-stakes violent crime cases, and a wide variety of other civil and criminal matters. Most attorneys are either strong writers or good courtroom advocates. Mr. Galluzzo, on the other hand, is a rare attorney in that he both possesses the academic legal ability to write sophisticated and winning briefs for New York state's highest appellate courts, as well as the courtroom nerve and skill to win jury trials when the stakes are highest. Moreover, judges and prosecutors throughout the city respect him for his professionalism and zealous advocacy on behalf of his clients. In 2014, the National Trial Lawyers Association named him to its list of the Top 100 trial lawyers in the United States, and he maintains a perfect 10.0 rating on Avvo.com, based upon peer endorsements and client reviews.

Mr. Galluzzo began his career at one of the most esteemed prosecutor’s offices in the nation: the New York County District Attorney’s Office. He started in the Appeals Bureau, where he researched complex issues of criminal law, drafted briefs in response to criminal appeals, and argued several times before panels of judges at the Appellate Division, First Department. Mr. Galluzzo later transferred to the office’s Trial Division, where he oversaw the prosecution of hundreds of criminal cases and investigations and tried a dozen felony cases to verdict with an outstanding success rate. As a member of the office’s Sex Crimes Unit, he successfully prosecuted many rapes and sexual assaults. Mr. Galluzzo also developed a reputation as an outstanding domestic violence prosecutor and was promoted to a supervisory position whereby he trained the junior prosecutors in his bureau and supervised the prosecution of their misdemeanor domestic violence cases. Finally, he regularly supervised the office’s Early Case Assessment Bureau and assisted in the investigation of homicides.

Given his background as a sex crimes prosecutor, Mr. Galluzzo is uniquely qualified to represent individuals in cases involving allegations of rape and sexual assault. His trial track record in defending individuals wrongly accused of sexual assault speaks for itself (click here [rape], here [sexual abuse], and here [sexual abuse]). Indeed, Mr. Galluzzo has even been recognized as a leading expert in rape investigations by the American government. Specifically, in 2012, the U.S. Agency for International Development, in conjunction with the Justice Sector Strengthening Project, recruited and hired Mr. Galluzzo to go on assignment in South Africa to help improve the training of their prosecutors in the investigation of rapes and sex crimes. Now, in addition to defending those individuals wrongfully accused of sexual assault in criminal and civil courts, he also regularly represents and advises victims of rapes and sexual assaults. Finally, New York newspapers have asked him to write columns about pending sexual assault investigations in the news on several occasions, as well.

Mr. Galluzzo speaks fluent French and regularly assists francophone clients from around the world (including Europe, Canada, the Caribbean, and Western Africa). The French Consulate in New York (Consulat Général de France à New York) bestowed upon Mr. Galluzzo the prestigious title of Avocat-Conseil en Droit Pénal in recognition of his zealous representation of French nationals living and working in New York, as well as for his ability to communicate effectively in French. (Mr. Galluzzo also maintains similar relationships with the Belgian, Swiss, Australian, and Saudi Arabian consulates, who regularly entrust him to represent their citizens in criminal matters). In 2012, the French American Foundation selected him and nine other Americans to participate in its prestigious Young Leaders Program. Past recipients of this honor include Bill and Hillary Clinton, Sen. Bill Bradley, Gen. Wesley Clark, current French president Emmanuel Macron, current French prime minister Edouard Philippe, recent French president François Hollande, and Citigroup chairman John Thain, among others. Mr. Galluzzo has lectured about American criminal law at Parisian law schools, and he maintains a French language website discussing American criminal law – www.droitpenal.nyc - the only such website of its kind in the United States.

Mr. Galluzzo earned his undergraduate degree in economics from Duke University and later attended the prestigious Northwestern University School of Law, where he was a regular on the Dean’s List, served as the co-chair of the Moot Court Board, and worked in the Juvenile Criminal Defense Clinic. He also worked as the teaching assistant for a negotiations course taught to both graduate law and business students.

Prior to forming The Law Office of Matthew Galluzzo, Mr. Galluzzo worked as an associate in one of Manhattan’s top boutique law firms specializing in commercial litigation and antitrust.

Practice Areas
Client Reviews
★★★★★
Mr. Galluzzo and his team at The Law Office of Matthew Galluzzo are absolutely one of the best at what they do. The work tirelessly at getting the best possible result for the case at hand and they truly care about their clients. Galluzzo and his team were able to overturn and vacate my guilty plea, then taking a big risk where I could have faced a large amount of time in prison Galluzzo took my case to trial. He walked in there with the confidence and swagger as if he already knew everything would work out for me, he laid out every single fact and hole in the prosecutions case to the jury and came away with a full acquittal on every charge after just one hour of deliberations. In an instant, I had my life back! I would most certainly recommend Matthew and his team to anyone in need of legal help. Thanks again Matt! Client
★★★★★
I want to thank you again for all the energy that you expended on behalf of our children during the weekend – your presence by their sides reassured them throughout this traumatic experience and reduced their suffering. Client
VIEW MORE
Submit a Law Firm Client Review