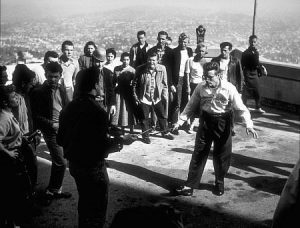 Attorney employs technical defense to win Acquittal in Criminal Possession of a Weapon Case. Matthew Galluzzo, of The Law Office of Matthew Galluzzo and the newyorkcriminaldefenseblawg.com recently won an jury acquittal in Manhattan for the firm’s client who had been charged with possessing a switchblade knife. The facts of the case were relatively straightforward. One morning in October 2009 the defendant was about to board a New York City subway train carrying what he believed to be a perfectly legal knife on his waistband. Police observed him with the knife attached to his belt in plain view, arrested him, and charged him with a variation of Criminal Possession of a Weapon in the Fourth Degree, Penal Law section 265.01.

At trial, Galluzzo conceded the facts of the arrest and that the defendant possessed the knife in question. The defense employed was simple, yet effective: the knife was not a switchblade.

The definition of switchblade is contained in Penal Law section 265.00(4).
4. "Switchblade knife" means any knife which has a blade which opens automatically by hand pressure applied to a button, spring or other device in the handle of the knife.

Thus, in order to prove the defendant’s guilt of possessing a switchblade, the People had to prove that the knife recovered from the defendant was a “switchblade,” as set forth in the charging documents. The defense challenged the prosecution’s characterization of the knife in question as a switchblade from the outset. In his opening statement, Galluzzo asserted that “Every knife has two parts, a blade and a handle. And this button or notch . . . is, in fact on the blade. So when you’re opening this knife, you’ll see what you’re really pushing on is the blade and not he button on the handle.”

The arresting officer testified as to the details of the arrest, and reported to the jury that the defendant told him that he carried the knife for his protection, since he could not legally carry a gun. The officer testified that the defendant acted in a cool, calm and collected manner in dealing with the officers, and that he “gently” handed the knife over when asked to do so. The defense asked the arresting officer a series of questions about the location of the button on the knife, including the following:

Q: And it’s the same metal that the blade is made out of or appears to be, right?

Q: And, in fact, that little notch is actually attached to the back of the blade, correct?

Q: And that little notch because it’s attached to the blade swings to the other side of the knife when the knife pops open; right?

Q: And then when you close the knife back up, that little notch that’s attached to the blade swings back through the handle of the knife back into the back where it is now, right?

Later, in summation, Galluzzo highlighted the confusing nature of the statute in question:

“You know what, it seems almost absurd that we’re here. Why can’t someone just tell us whether this things is a switchblade or not. The legislature was supposed to tell us But, unfortunately, once again, we have been failed by our State legislature because we’ve been given a statute that’s poorly written and does not make clear what is and what is not a switchblade. As a result, people are getting arrested for possessing knives that they don’t realize are illegal, and you’re being brought here and forced to sit through a trial to sort this whole mess out.”

The defense went on to discuss the knife itself:

“You could see if you look up close at the knife that it’s all one piece of metal, that blade, and that blade has a sharp side and on the back it has this little notch sticking out. So are you pushing a button or device in the handle? No, you’re pushing the blade when you’re opening up the knife.” Galluzzo also challenged the characterization of the mechanism on the knife as a ‘button’: “You could compare that where — to what you think is a classic switchblade you may have seen in old movies like West Side Story, Twelve Angry Men or Rebel Without a Cause . . . where it’s the switchblades that people have. Maybe you’ve seen one in real life or maybe on TV, you would think of a long thin handle and right in the middle of that long thin handle, there is a button, a button you have to depress like on a computer keyboard, press that button in the middle of the handle and out pops the long, thin blade that’s about the same length as the handle itself . . . . That’s the kind of button that this statute is [] talking about. This is not a button that you’re actually pushing. What you’re actually pushing, again, is the blade itself.”

The jury presumably agreed with the defense’s interpretation of the statute, and returned a not guilty verdict.