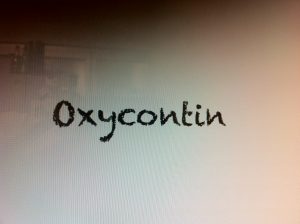 The New York Times recently featured an article concerning the prevalence of pain pill distribution rings throughout the United States. New York is no exception to this general trend. In fact, there have been several reports of illegal prescription drug rings in Staten Island and Manhattan, often times involving large distribution rings and physicians who are accused of facilitating them.

There are several charges by which a New York City prosecutor may proceed against a defendant who is charged with sale or possession with intent to sell oxycontin or other prescription pain medication, including criminal sale of a controlled substance and related conspiracy charges. Some of these charges can be very serious, as in the case of criminal sale of a controlled substance in the first degree, which can carry a penalty of from 8 to 20 years for a first offense. Even a first-time offender convicted of a conspiracy charge can face a jail sentence of up to three years. Cases are commonly built through the use of wiretapped telephone conversations or confidential information. In fact, defendants are sometimes charged with possession of controlled substance offenses without ever having been caught with a controlled substance either on their person or in their homes if the prosecution believes it has a sufficient circumstantial or direct case against them.

The best thing you can do if you find yourself the target of one such investigation or prosecution is to retain the services of a qualified lawyer with experience in the area of oxycontin or pain pill cases. It often happens, especially in the larger-ring prosecutions, that particular defendants’ roles may be misidentified or transposed. For instance, someone who is simply being used to fill prescriptions may be identified as a key player in a conspiracy. And sometimes the key players themselves may be acting to fuel their own addictions. In those cases, the best strategy may be to attempt to negotiate a plea bargain arrangement with the prosecuting authority involving drug treatment. Whatever the case may be, you will need a lawyer who specializes in these kinds of cases, and not necessarily a family friend or one who is simply “familiar” with the practice in your particular New York City court. You can get such serious, professional service in all five boroughs of New York City from the former prosecutors at Manhattan-based The Law Office of Matthew Galluzzo.