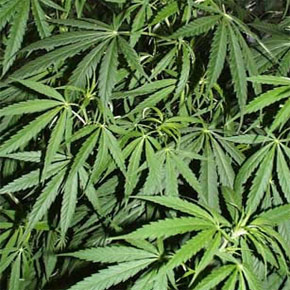 Arrested for Possessing a Small Amount of Marijuana

This post examines the New York City Desk Appearance Ticket for Marijuana Possession given in cases involving possession of a small amount of marijuana. A typical scenario will involve a group of people gathering somewhere outdoors, outside a bar, or simply walking down the street, passing around a joint, marijuana cigarette, or a pipe containing burning marijuana. The police would appear out of nowhere, seize the drugs, and arrest the people. Arrestees will typically be brought to the local police precinct, fingerprinted, photographed, and then issued a Desk Appearance Ticket. This ” Marijuana D.A.T.” will oftentimes charge a person with a marijuana misdemeanor. The ticket itself will say: Top Offense Charged: PL 221.10 01. That charge, in full form, reads as follows:

In most situations where a person is arrested for smoking marijuana on the street he or she will be charged with subsection 1. The key elements under that subsection are 1) that the marijuana is possessed in a public place, and 2) that the marijuana be burning or visible to the public. As a practical matter, “the public” here refers to the arresting police officer or officers. Street arrests leading to prosecutions under subsection 2 are less common because there it is the weight of the marijuana that matters, not the fact that it is possessed in a public place. The general observation here is that if the police officers can see the marijuana, they will arrest under subsection 1. If they cannot see the marijuana, chances are that the arrestee was not arrested on the street.

Governor Cuomo’s Recent Proposal to Decriminalize Marijuana Did not Pass

The D.A.T. will state the Arrest Precinct and contain tracking information such as the DAT Serial No. and the OLBS Arrest-ID. The Serial number is generated to allow the matter to be tracked through the court system whereas the OLBS (“online booking system”) arrest number is primarily generated for police purposes. The D.A.T. will summon the recipient to the Criminal Court of the City of New York, usually in the county in which the arrest was made. It will provide information about where to go and instruct the recipient that failure to appear for the offense charged can result in an arrest warrant. The arrestee will usually be asked to sign the D.A.T. to acknowledge receipt and agreement to appear on the time specified on the ticket. Other information contained in the D.A.T. will be the arresting officer’s name, rank, oftentimes “POM,” or “POF” (Police Officer Male and Police Officer Female, respectively) and the officers Tax Reg number, which is a way of identifying the police officer who made the arrest in the court and police computer network. The D.A.T. will always be signed by the arresting officer.

You should bear in mind that — despite recent efforts at decriminalization — if you appear in court and simply plead guilty to this criminal charge, a class B misdemeanor, the result may be a permanent criminal record. Thus, if you have received a desk appearance ticket charging you with marijuana offenses, you should appear with counsel experienced in handling marijuana cases in New York City courts.