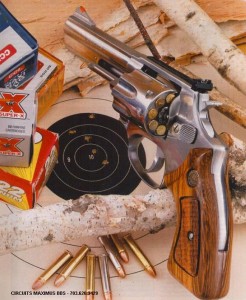 While it may seem somewhat counterintuitive, a “loaded” firearm is not a loaded firearm according to New York’s Penal Law. In common parlance, when one speaks of a loaded firearm, one thinks of a gun with bullets actually in it, such that the wielder need do nothing more than prep the gun by cocking the hammer and squeeze the trigger in order to fire.

The common-sense explanation notwithstanding, Article 265 of the New York Penal Law defines a loaded firearm as follows:

“Loaded firearm” means any firearm loaded with ammunition or any firearm which is possessed by one who, at the same time, possesses a quantity of ammunition which may be used to discharge such firearm.

Thus, in People v. Tillery, 60 A.D.3d 1203 (3d Dep’t 2009), the defendant’s criminal possession of a weapon charge was upheld where the police arrested defendant with an “un”-loaded shotgun in his vehicle, but five shells in his pocket. The moral of the story is that when it comes to gun and weapons-possessions cases in general, the law may not seem to comport with common-sense definitions. If you have been arrested for or charged with a weapons possession offense, you need to consult withcompetent criminal defense attorneys with knowledge of the New York Penal Law and its nuances.