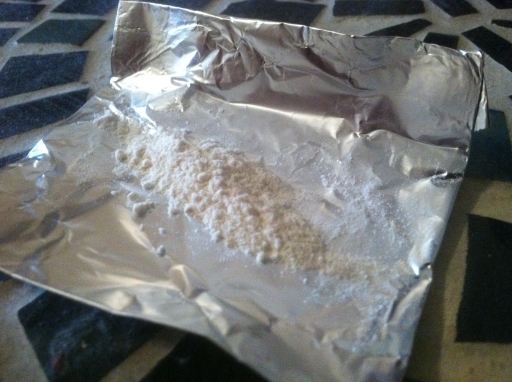 The title of this blog is “PL 220.03 Desk Appearance Tickets Explained by a Criminal Attorney.”

So…You’ve received a Desk appearance ticket which says that the “top offense charged” is “PL 220.03.” What does this mean? What will happen? Do you need a lawyer? In this blog, a criminal attorney will answer all of these questions and explain what this ticket means for you.
The “top offense” refers to the highest charge you are facing, but not necessarily the only charge (there’s only room for one charge). “PL 220.03” refers to section 220.03 of the New York Penal Law, which refers to the crime of “Criminal Possession of a Controlled Substance in the Seventh Degree.” (Article 220 of the Penal Law can be found here.) In New York, a person is guilty of that crime when he/she knowingly and unlawfully possess a controlled substance. So, if you’ve been issued a Desk Appearance Ticket commanding you to appear in criminal court on a particular date, what does this mean, and what can you expect to happen on that date?

First of all, this means that are being prosecuted for committing a crime, and for this reason we warn our clients and prospective clients NOT TO DISREGARD the ticket. This is about the worst thing you could possibly do. Missing your first scheduled court appearance will result in a warrant being issued for your arrest. It may be hard to believe, but some people lose their tickets upon being released from the precinct, neglect to contact an attorney, and act like nothing ever happened. Rest assured: Not showing on the appearance date WILL result in a warrant being issued for your arrest, which is a not a good thing at all.
So what actually happens when you show up?” The “appearance date” is the date you are scheduled to be arraigned on the charges that the District Attorney’s Office ultimately determines are appropriate in your case. These are the ultimate charges you will be prosecuted for, and which may or may not be the same as the charges that are originally printed on your ticket. In between the time that you are issued the ticket and the date you are to appear, a prosecutor interviews the police officer who issued the ticket, and makes a determination as to which charges are appropriate. In fact, the charges you are ultimately arraigned on may be higher than that which is stated on the ticket. To be sure, we’ve represented clients who have shown up to court only to find out that they are being charged with a felony. This is another reason we stress the importance of taking these Desk Appearance Tickets as seriously as they should be. After being arraigned, the case then continues as any other criminal case would.

In response to the questions, “Do I need to hire a lawyer for this?” The answer is “absolutely.” You are being charged with a crime. In the event that you’re charged with PL 220.03, you are being charged with committing an “A” misdemeanor, which carries up to 1 year in jail. You are in jeopardy of going to jail and being convicted of a crime which can give you a permanent criminal record. In the case of people who are not US citizens, simply being charged can have adverse immigration consequences. In cases where individuals work in finance and have licenses and answer to FINRA, there are a slew of other issues that need to be negotiated. What a lot of people don’t understand is that the only difference between being issued Desk Appearance Ticket and being arrested and “put through the system” is the mechanism and timing by which you are brought before a Judge to be arraigned. In the case of arrest and booking, you are lodged in the system and usually have to wait in the ballpark of 24 hours before seeing a judge and being apprised of the charges against you. With appearance tickets, the officers have exercised their discretion in allowing you to voluntarily appear before the judge, with the threat of an arrest warrant being issued if you fail to do so, but there is no difference in the gravity of the crime or the potential sentence you face. This is why people tend to lose the ticket or not take them seriously…
Unless you are indigent, you must hire an attorney. The Legal Aid Society exists to represent individuals who do not have the means to hire a lawyer, not those who do not wish to do so. This is an unfortunate consequence of being arrested but a necessary one considering your freedom, employment, and even immigration status may be at risk. It is necessary to consult with a lawyer who can then tell you what substantive and procedural strategies should be employed in order to get you out of the situation you are in with the least damage. Your first step should be to consult an experienced criminal attorney. The last thing you should do is ignore it and hope it goes away…