Criminal Possession of a Controlled Substance in the Third Degree: Possession with the Intent to Sell. PL 220.16(1). 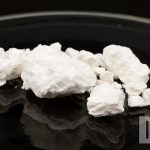 A common felony in New York is Criminal Possession of a Controlled Substance in the Third Degree, or Possession with the Intent to Sell (New York Penal Law Section 220.16[1]). Interestingly, possessing a controlled substance with the intent to sell it is a Class B felony, which means that it is just as a serious as selling a small quantity of a controlled substance (see Criminal Sale of a Controlled Substance in the Third Degree, PL 220.39 [sentencing chart]). There is no minimum weight or amount of drugs required under this crime. Indeed, one can be found guilty of this crime even when he possesses a miniscule amount of drugs, so long as the prosecution can prove that the person intended to sell those drugs.

The intent element of this crime can be proven in several different ways. For example, evidence of contemporaneous drug sales can be used to prove that the drugs recovered by the police were intended for sale. Sometimes, undercover officers may observe individuals make several suspicious hand-to-hand exchanges on the sidewalk with apparent drug buyers. If the police later arrest such a seller without apprehending any of the apparent buyers, they will be unable to charge the seller with any drug sales. However, if the police discover drugs in the seller’s possession, they can charge the seller with the equally serious possession with the intent to sell. See People v. Cox, 246 A.D.2d 362 (1st Dept. 1998) (noting that evidence of uncharged and contemporaneous drug sales were highly probative of the defendant’s intent to sell).

The intent element can also be proven by the packaging of the controlled substance or by other paraphernalia in the person’s possession. For example, one’s guilt of this charge may be shown where the controlled substances are individually packaged in small amounts meant for distribution to multiple buyers, or where the person has a quantity of a controlled substance and numerous small empty bags or vials seemingly waiting to be filled for sale. But see People v. Sanchez, 86 N.Y.2d 27, 35 (1995); People v. Martinez, 228 A.D.2d 185 (1st Dept. 1996) (no intent to sell where only a small amount of money and drugs and no sales-like packaging).

Finally, the intent element can always be proven with statements made by the suspect. The possessor of the controlled substances might make an incriminating statement to an undercover officer, on a wiretapped telephone, or even to a prosecutor in an interview. See e.g. People v. Henry, 73 A.D.3d 1391 (3d Dept. 2010).

If you find yourself charged with possession with intent to sell or are looking to appeal a conviction for such a charge, you should speak to an experienced criminal attorney about defending drug charges of PL 220.16, or appealing a conviction for a drug or narcotics offense.